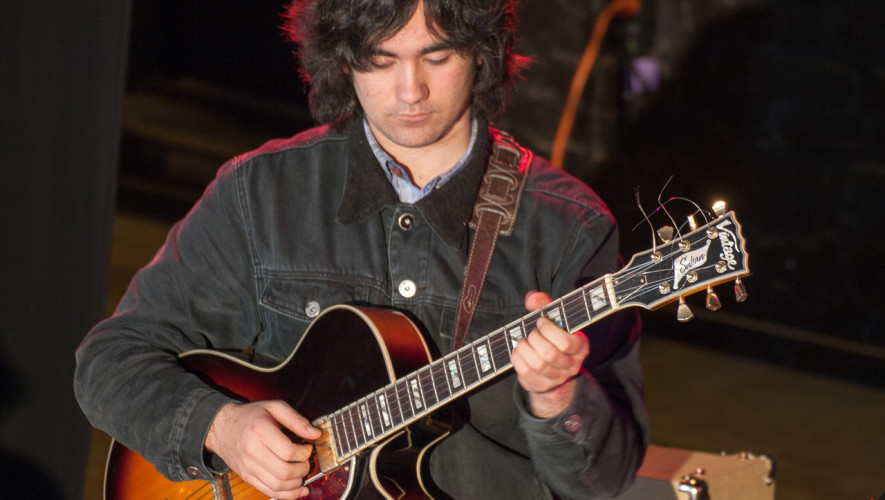 The Damien Motu Collection consists of some of the finest jazz musicians in Christchurch and consists of Damien Motu, Alice Tanner, Chris Wethey and Jesse Hughes. Playing a great set of vocal standards and arranged pop favourites the Collection is a group worth checking out.

Damien Motu is a Christchurch-based Jazz guitarist and composer.  In 2014 he completed his degree at Ara MusicArts (formerly CPIT Jazz School) majoring in Arranging/Composing and Jazz Guitar Performance.  In 2012, as a part of his study, he travelled to New York where he met, had lessons with and attended concerts from some of the best jazz musicians that the world had to offer.  He has led his own group, the “Damien Motu Quartet” and the “Motu and Spiteri Duo” which performed in last year’s Martinborough jazz festival.

Alice Tanner is a graduate of the CPIT Jazz School, where she majored in Jazz Singing. She plays in numerous groups around Christchurch, from covers bands to original projects. She has recently played in the Cavell Lietch international jazz and blues festival with some amazing musicians and looks forward to playing more around New Zealand. Alice’s sound is influenced by the jazz and soul music, with a little bit of R’n’B mixed in.

Since graduating from CPIT Jazz School in 2012, Chris Wethey has immersed himself in all sorts of music including skiffle, choral, electro-pop, neo soul, folk, country, and of course jazz!

Jesse Hughes has actively been a part of the NZ music scene since 2006. At age 18 Jesse joined Christchurch ska legends 4manbob, where he played until the bands end in 2009, after which Jesse went and studied for his degree in jazz music. Jesse Now plays varying Styles of music with many different artists around the Christchurch area ranging from: acoustic folk, world music and jazz through to electro pop and rock. Jesse is also currently working as a drum educator around the Christchurch district as well as concerts and shows to be seen regularly around the south island.