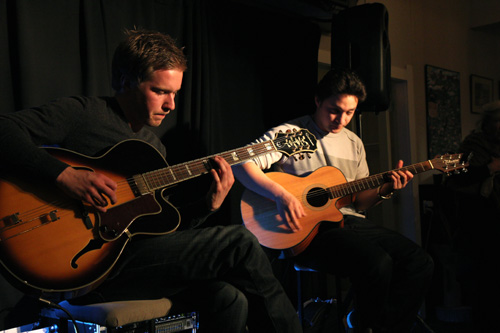 La Petite Manouche is a collaboration between two guitarists of the Christchurch Jazz School, with the aim of creating a blend of the Parisian wartime gypsy jazz music popularised by Django Reinhardt with modern jazz, world, folk, classical music and more.

Formed in 2008, La Petite Manouche have been gigging extensively in Christchurch. The release of their debut album Legacy, as a sort of tribute to Django Reinhardt, saw them tour around New Zealand throughout February and March 2011 promoting the album and their music, with much success.