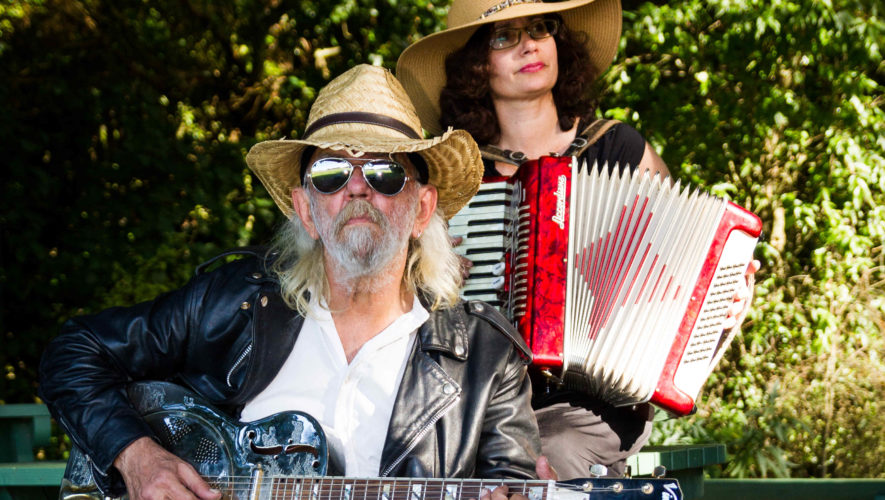 Kate and Bob are based in the Wairarapa but play gigs regularly around the southern half of the North Island. The song list veers between swing sounds of Texas, mixed with the blues and jazz served up in the Bob and Kate way.

Kate Marshall plays violin, accordion and flute and sings quite beautifully. She started with classical piano and singing in choirs and you don’t have to listen that carefully to hear Bach and Mozart lurking behind Bob Wills and Memphis Minnie.

They have played at most of the folk clubs in the Wellington area, at the Wellington, Auckland and Dunedin Folk Festivals as well as at Jazz in Martinborough.

You can catch them at many cafes and pubs in the region. Check out their Kate and Bob Facebook page for details.