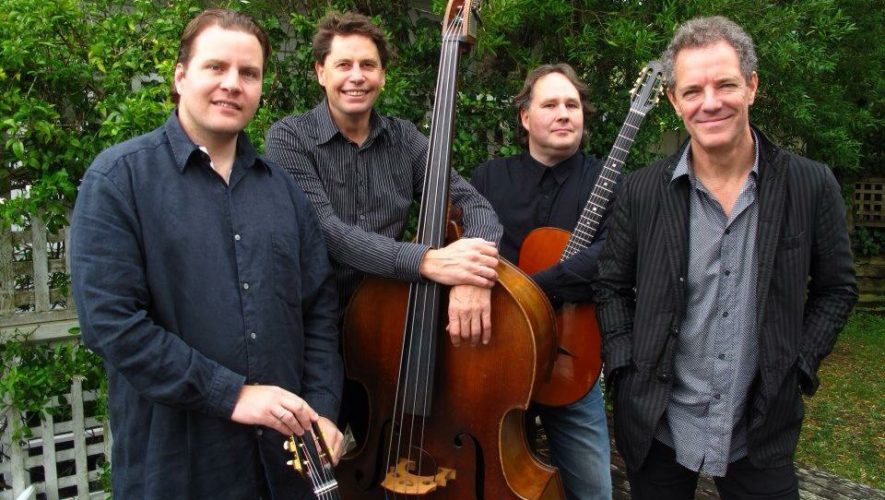 Hot Café are New Zealand’s leading exponents of European gypsy jazz, a style of lyrical swing music made famous in Paris by Stephane Grappelli and Django Reinhardt during the 1930s.  Their band, The Quintette of the Hot Club of France, became hugely popular both before and after the Second World War, selling records to thousands of devotees across Europe.

Since then, this tuneful style of music has spread world-wide beyond Europe, with players and fans to be found from the USA to Japan.  The appeal to listeners is not only in the exciting rhythms and spectacular guitar and violin techniques that drive the faster numbers, but also in the slower evocative melodies that characterise the romantic side of the genre.  The blend of acoustic instruments – violin, guitars and upright bass – is a refreshing departure from load amplified music.

Hot Café is a Welington-based band of professional musicians with wide experience.  The four members of the band all have well-known successful music careers: