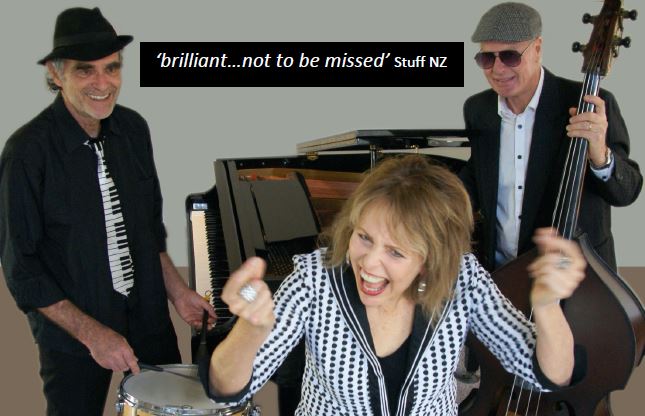 Jan was always drawn to the Boogie Woogie style of piano playing, made popular by Black American’s in the 1930’s. So it’s no surprise that her latest CD is called Piano Boogie Woman, Jan singing and playing with energy and passion in the characteristic 8-to-the-bar boogie rhythm.

This is a landmark CD for Jan being her 12th solo album, recorded entirely on her own grand piano, with a protracted song writing period due to the COVID lockdown.

“I had much more listening and thinking time on this CD than any prior, and I’m very excited by the results.” says Jan. “I’m also delighted to be able to come from Sydney (via hotel isolation) to play an extensive tour of the North Island with my trio. We’ll be performing my new material as well as some music that’s been in our set for a while but not recorded until now.”

The boogie groove is said to have originated from the rhythm of the steam train and Jan’s family home in Greymouth was nearby the train line. Perhaps it’s no coincidence she has an affinity with it, and plays and sings boogie woogie with such style and energy.

Musicians don’t stop because live shows do.
Through wars, pandemics, isolation and suchlike, the music plays on.
Because that’s what musicians do.
It keeps them sane.

Jan’s infectious brand of boogie piano, together with her candid humour, entertaining and energetic personaility, have found a loyal audience throughout Australia, NZ, Germany and the UK.

From a background in classical music with a long-term interest in composition and song writing, her early career began in NZ with the 1980 Hit Band Coup D’Etat.

Winner of 5 music awards, Jan also composes music for film and TV (such as her sister Gaylene Preston’s film My Year With Helen) and performs side by side with the greatest contemporary boogie piano players in the world today.

All Jans cd albums will be available at the shows including Piano Boogie Woman.

Check out the title track from the new album here: