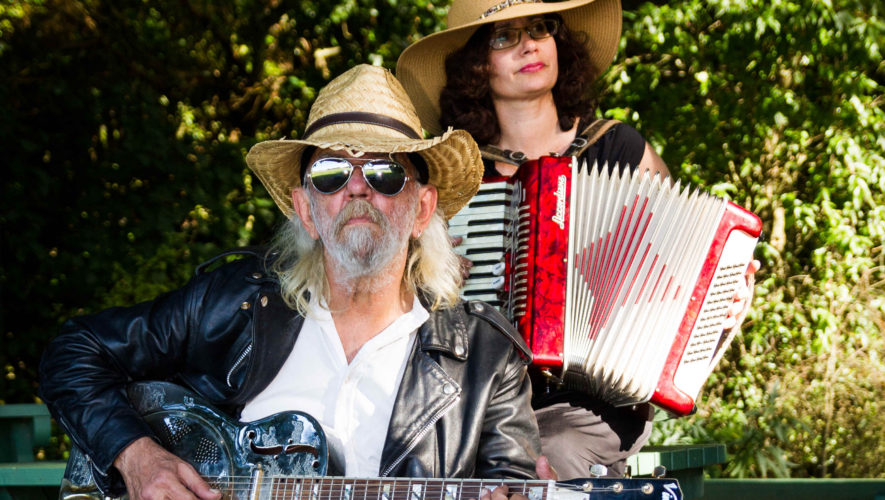 After three sterling years as the main stage for Jazz in Martinborough, The Village Cafe is pleased to be winding back the volume a little this year with pre-show dinner and live jazz before each of the ticketed events at the Town Hall.

Their Saturday evening gig brings together arguably some of the best musicians at the festival.  Well known to festival goers, Kate and Bob are based in the Wairarapa but play gigs regularly around the southern half of the North Island. The song list veers between swing sounds of Texas, mixed with the blues and jazz served up in the Bob and Kate way.

Kate Marshall plays violin, accordion and flute and sings quite beautifully.  Bob Cooper-Grundy has pursued obscurity now for some 40-odd years playing blues guitar.  Neil Billngton, having been described as the “Hendrix of Harmonica”, will join Bob and Kate in a musical conversation not to be missed.

Neil is an incendiary performer, his mastery of the instrument goes far beyond typical expectations of the instrument, and incorporates influences as diverse as jazz, funk, rock, and traditional Chicago blues.It has taken him to international stages, where he has played alongside greats such as the legendary slide-guitar player from Louisiana, Sonny Landreth. He has regularly featured as an international guest performer at festivals in Tokyo, as well as numerous festivals around New Zealand.