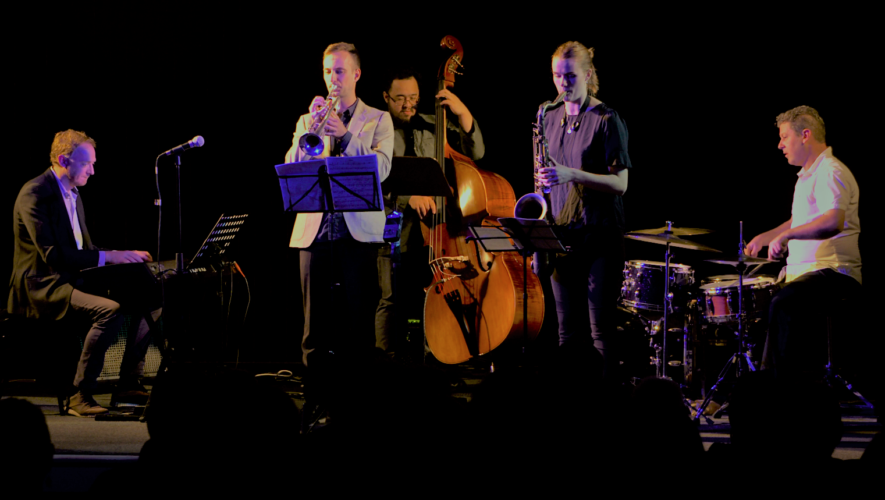 The festival kicks-off on Friday night when award-winning pianist Duncan Haynes showcases tunes that celebrate legendary jazz vocalists and features songs from the beautiful ballad Lush Life all the way through to Coltrane’s 26-2, with a bunch of swinging tunes and great soloists in between.

Recently returned to Aotearoa after 20 years abroad performing and teaching, Duncan has performed all over the U.K. and Europe including at Ronnie Scott’s, Wembley Stadium, and jazz festivals in Warsaw, Portugal, Ireland, and the Netherlands.

Duncan will be joined on stage in the Martinborough Town Hall by three local musicians. The award-winning bassist Umar Zakaria, drumming mainstay Mark Locket and searing tenor saxophonist Louisa Williamson. For the Vocalese concert, they will be joined by two artists who have played at two earlier JIM festivals, virtuoso guitarist Brad Kang and versatile vocalist Ella Dunbar-Wilcox.

Directions in Jazz is a project to share the joy, the beauty and the drama of the different currents in the tradition of jazz/improvised music. For an exquisite sample, check out out this version of Flamenco Sketches by Miles Davis from an earlier concert in the series, Cool Jazz/West Coast Session.

Ella Dunbar-Wilcox was the vocalist for the National Youth Jazz Orchestra in 2015 and 2016 and the New Zealand School of Music Big Band in 2017 and 2018. Ella graduated in 2020 with a Bachelor of Music (Jazz Performance) with First Class Honours from NZSM at Victoria University of Wellington. She appeared in the 2018 Jazz in Martinborough festival as one half of Ella and Alex and as part of Intuition.

Louisa Williamson moved to Wellington in 2015 and has since then completed at Bachelor of Music (Jazz Performance) with First Class Honours at NZSM. In 2016 she travelled to Europe to be a part of the JM Jazz World Orchestra, being the first New Zealander to ever be a part the world’s premier international youth jazz orchestra. Louisa completed a Masters in Jazz Composition at New Zealand School of Music in 2020.

Brad Kang has played in many national jazz festivals as well as the United States and Amsterdam. He was awarded the Best of Fest People’s Choice Award at the Wellington Jazz Festival in 2017. Bard appeared at the 2017 JIM in the Senses Quintet and as half of Gauntlett & Kang.

Umar Zakaria is a New Zealand bassist and composer who was named 2018 Best Jazz Artist by Recorded Music New Zealand. He has given performances across Europe, Asia and the USA and was awarded 2nd prize at the BASS2014 International Jazz Bass Competition.

Mark Lockett is a talented performer, composer and educator who has played with some of the finest jazz musicians on the Australasian scene today and has been a mainstay on the jazz scene both locally and internationally for the last three decades. He has recorded and toured extensively throughout Australia, New Zealand, Japan, and Singapore with his own trio, quartet and quintet ensembles.